This site is using "tracking cookies" on your computer to deliver the best experience possible. Read more to see how they are being used in Privacy&Cookies. Ok

Blog B2BIO - Future Food: What will we be eating in the future?

Each year, around 70 million people are added to the world’s population. If growth continues at this rate, by 2050 the population is expected to reach a whopping 9 billion. Volatile food prices and a growing population mean we have to rethink what we eat, say food futurologists. So what might we be serving up in the future? Eating insects, lab-made meat, algae and 3D-printed fortied food (no please…), etc. Unfortunately this is what some experts want for our future. We will analyze each of these options before proposing our option.

You might turn your nose up at the idea, but entomophagy (the consumption of insects) is a common practice that’s been taking place for tens of thousands of years. Eating insects is common for around 2 billion people who regularly eat them as part of their diet, and over 1,900 species are edible. The most commonly eaten bugs are beetles, caterpillars, bees, wasps and ants.

The UN Food and Agriculture Organization recently produced an in-depth report about edible insects which is worth checking out if you’re interested in the subject. They are nutritionally excellent, and compared to conventional meat proteins, similar. They are high in unsaturated fatty acids, iron and zinc.

Seaweed is a sustainable food source that "requires no fresh water, land or fertiliser to grow," and is not susceptible to dirty soil like livestock is. It's also very nutritious. "It contains many minerals, trace elements, vitamin groups and proteins," he adds.

Rose believes there is potential for developing countries to grow, harvest and process seaweed for multiple markets. Coastal communities across Africa and Asia have been benefiting from seaweed farming for years.

The FAO has previously said that getting more people in developing countries eating seaweed requires scaling up production to make more of it available, and teaching communities who are unaware of its nutritious value. There is also a need to remove any assumption that seaweed is a poor man's food.

Other options that some experts considered is the use of 3D printing technology to create food or use food designed in the laboratory. Both are options which we reject totally. We do not want prefab food.

The change is so easy. We should start now if we want to affect the food of the future. As we discussed in our other articles, Could the organic agriculture feed the world? The answer, as you will see in the article, is a big YES. 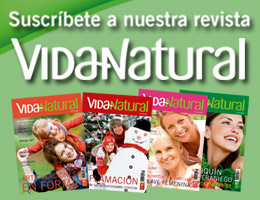 Please introduce your email and we will send you the steps to recover your password.
Go on